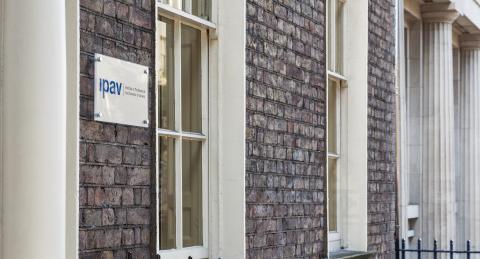 The looming crisis that is the Irish housing market thunders on amid a series of ideological discussions of potential solutions with no real policy strategy or direction, IPAV, the Institute of Professional Auctioneers & Valuers, which represents almost 1,000 estate agents nationwide, said this morning.

The organisation’s Chief Executive, Pat Davitt, speaking ahead of a two- day series of meetings to be held in Dublin with CEI, the European Confederation of Real Estate Agents representing 66,000 members across 14 countries, said there is a consensus that more private and social and affordable accommodation is needed.

“However, where the various interests diverge is in the mechanisms to be used to bring that about.  Unfortunately, time is not on our side, the longer building is delayed the deeper the crisis will become with differing effects on differing cohorts of the community.

“Isolated and crude interventions such as the proposed Central Bank loan-to-value cap requiring most buyers to fund the first 20pc of a property price, will further divide the population, favouring those with greater wealth and family supports.”

Mr Davitt said that a deeper examination of international markets, such as Germany, where interest rates are nearly half those in Ireland will take place at the Dublin conference this week.

“Let’s be clear, we are dealing with a real crisis. We need a quick and thorough analysis leading to informed and decisive policy decisions. We believe the Government should set up a Property Council with all stakeholders to plan for a sustainable property market and halt the monkey puzzle of regulation and solo runs that it has become.”

He said Ronan Lyons, Assistant Professor of Economics at TCD, has made a very valuable contribution to public debate with his findings broadcast on RTE in relation to the severe impact that over regulation by local authorities, particularly Dublin City Council, is having on the property market.  And he said last night’s TV3 programme also contributes valuably to the debate.

“However, the onus of responsibility rests with the Government to pull the research, and the various interests and viewpoints together and to make decisions.”