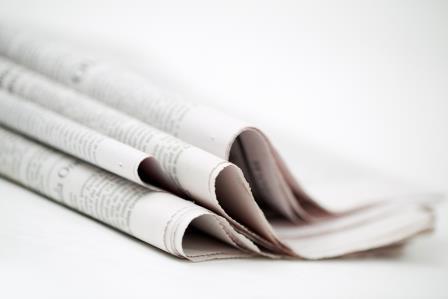 Today’s Sherry Fitzgerald property price study showing house price growth for the year at 18pc in Dublin and 13.9pc for the rest of the country, is not nearly as strong as predicted earlier and bears out the more muted market auctioneers have been reporting since September, according to IPAV, the Institute of Professional Auctioneers & Valuers which represents almost 1,000 auctioneers.

Pat Davitt, Chief Executive of IPAV said:  “While CSO data had shown Dublin property price growth of over 23pc between June and October 2014 it is critical that public policy is not based on a short term spurt but on the reality of the market place, taking account of all factors, such as the impact of the Capital Gains Tax incentive which ended in December and enabled those who bought properties and kept them for at least seven years to avail of the tax exemption.”

He said that in today’s study if the figures for the major centres like Cork, Galway and Limerick are extrapolated it leaves an even smaller price rise than 13.9pc for the rest of the Country.  “It is clear now that major gaps are appearing in the recovery with the major cities leading the way. It is our view that the CGT exemption should continue for a while longer in some parts of the country to give an opportunity to catch up to the rest of the market.”

He said the growth spurt recorded in the CSO study led to a great deal of hype about Dublin prices surpassing those of 2006.  “The current market has little resemblance to that of 2006.  We have to ensure that housing policy is based on a full analysis of all factors so that we can develop a sustainable property market.  In particular it is to be hoped that the Central Bank will not proceed with its dramatic proposal to introduce 80pc loan to value limits for most buyers.”

Mr Davitt said building a sustainable property market requires Government leadership. “The Government needs to involve all stakeholders and build an ambitious plan for a sustainable market, one that would not be exposed to the volatility of the recent past.”

Mr Davitt said property prices have gone up by 37- 42pc in the city of Dublin in the past two years. This is not a dramatic increase since property prices had fallen by at least 60pc between 2006 and 2012.  The 37-42pc increase is coming off a much lower figure. To get back to 2006 levels, prices would have to increase by a minimum of 120pc.  So there is a long way to go to get back to these levels, which were unsustainable and not where anyone is seriously suggesting we should be heading. However, the point is, we need to be careful when interpreting statistics,” he said.

“It should be unsurprising that a growth spurt would happen in a property market that dramatically over corrected over a five year period, a market in Dublin with strong population growth projections and where house building has virtually stagnated since the financial crash.

“The Central Bank records that just over €3.2 billion in mortgages was drawn down in the four quarters to the end of September 2014. That is a mere one-twelfth of the amount drawn down in 2006.”

“The critical issue now is, how can we ensure that a rapid house building programme, on which there is unanimous agreement on the need for, goes from aspiration to reality,” he said.  And he said a number of impediments were standing in the way, including:

•         The selling of large blocks of apartments to international property funds, rather than to individuals, causing    rents to increase at an alarming rate

Mr Davitt said normally any one of these factors would be problematic. “When they are combined in a market selling just 50pc of a normal functioning market, it doesn’t augur well for 2015 and beyond.

“If the Central Bank is tempted to follow through on its original proposal insisting on 20pc deposits for the majority of buyers it would be an unmitigated disaster,” he said.

He has called for “joined-up thinking".  “If there was ever a time that all stakeholders needed to put their heads together, it is now.”