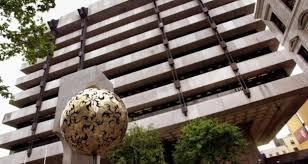 The hint from the Governor of the Central Bank that lending curbs may not be as severe as those originally proposed will come as something of a relief to a market that is in “a state of shock”, according to the country’s leading group of estate agents, IPAV, the Institute of Professional Auctioneers & Valuers.

Pat Davitt, Chief Executive of the organisation that represents almost 1,000 firms, said today: “The measures as proposed were draconian and if implemented would have had disruptive effects both socially and economically.

“They would have, in one fell swoop, forced a cultural change whereby many could no longer aspire to owning their own homes, instead being forced into renting long-term. Those paying rent would have been hit hard because they have a lesser capacity to save by virtue of the fact that they are paying rent. And competition would further increase in the market, driving up rents.”

“The rules as proposed come solely from the perspective of the banks, they take no account of the impact on the property buying public. The introduction of such stringent curbs at a time when lending is by no means exuberant and is in fact very subdued, are not just premature, they would militate against first time buyers whose parents are less well off and not in a position to assist with large deposits required under such a system.  “They also come at a time when there is some stability appearing in Dublin house prices.  From September our agents are seeing that prices are not increasing at the same rate as Q1 and there simply aren't as many buyers around. “

Mr Davitt said the severity of the measures as proposed would appear to be without precedent. “Our near neighbours in the UK didn’t go to that extreme and chose instead to restrict lending at income multiples above 4.5 to no more than 15pc of banks new lending with no maximum being set for loan to value.”

“We need a measured response, not a sledgehammer. Any such proposals should be discussed with all stakeholders,” he said.

Mr Davitt said his organisation wants to see the development of a sustainable housing market.  “We do believe the Central Bank needs to keep a very close watching brief and intervene if lending shows signs of heading into danger territory. However, this is not where we are at now.

“Any such measures should be introduced gradually, take account of disposable rather than gross income, acknowledge realties such as the high rent levels aspiring buyers are paying and that while many may not have a great deal of  disposable income in the current environment they are likely to be early in their careers with an improving situation over time.”

He said it was important that all stakeholders take the opportunity to submit their views to the Central Bank before the December 8th deadline “to ensure that reason does prevail.”