All Sessions will include a Q & A session

Gerry Coffey joined IPAV in 2005, was elected to IPAV’s Council in 2015 and elected as IPAV Junior Vice President in 2020.   Gerry’s family run business has an office in Williamstown Galway, and covers North Galway, West Roscommon and East Mayo, with Gerry’s wife Anne also an IPAV member, playing an important part in the running of the business. As one of the best recognised valuers in the region, Gerry continued to improve his business and was awarded the Recognised European Valuer (REV) status in 2014. Gerry regularly contributes to both local and national radio programmes to discuss the property market in the west of Ireland with particular emphasis on farmland sales leasing and renting.  Outside of the office Gerry is well known for his involvement in local politics, GAA and other community organisations.  Over the years Gerry has conducted many charity auctions to raise funds for charity.

9.45am: Topic: Standards for the Private Rented Sector 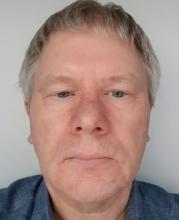 For over 20 years Colm was responsible for managing the inspection and regulation regime of private rented houses in Dublin City. During his career he has contributed to the introduction of legislation governing the sector and has hosted several seminars on rental standards.

10.15am: Topic: Operation of the First Home Scheme 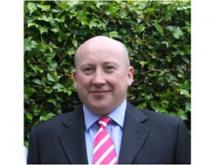 Michael Broderick, a former Army Officer, joined the NTMA in 2006 where he held a number of different roles in the NDFA and NAMA. In July 2018, Michael was appointed by the Minister for Finance as Project Lead for HBFI and held the position of Interim CEO from April 2019 to September 2019. Between October 2019 and January 2022, Michael held the role of Chief Commercial Officer with HBFI. In February 2022 he was appointed as Interim CEO of the First Home Scheme and is currently CEO. Michael holds an MBA from the UCD Smurfit Business School and a Diploma in Company Direction from the IOD (Institute of Directors). 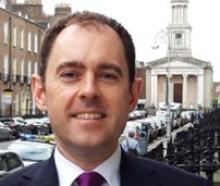 David  works with stakeholders in the MUDs sector, including local authorities, State organisations, and professional bodies.  David is a director of an owners’ management company of an estate of 1,300 homes in Dublin.  He is a Fellow of Chartered Accountants Ireland, and a Business and Law graduate of UCD.

11.20am: Topic: Update on the Housing Assistance Payment Scheme (HAP) 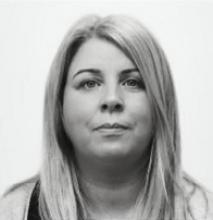 Jean has worked in Housing Support Services since 2002 across many areas including the Rental Accommodation Scheme (RAS) Unit. Prior to joining Limerick City & County Council Jean worked for a number of years as a Training Manager with O2 and BT Cellnet and gained invaluable experience in a shared service centre environment. Jean earned a BA in Business Administration and a BA in Management Practice from the University of Limerick.

11.40am: Topic: Update on the Housing Assistance Payment Scheme

Paula is also a member of the Departments HAP team for over three years. 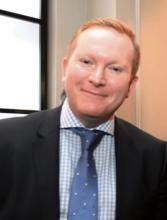 Shay set up the firm in 2019 having worked for over 20 years in many leading firms. His main clients are well known CEOs and property investors. Shay prides himself on the practical and forward-thinking advice he gives to his clients.  He is a regular contributor to IPAV’s CPD events. 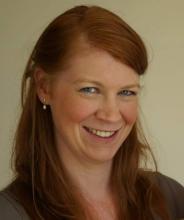 Lucia was appointed to a new role of Deputy Director in the Residential Tenancies Board (RTB) in September 2022. She currently has responsibility for Compliance Operations including implementation of Annual Registration at the RTB. Prior to this, Lucia was the Head of Investigations and Sanctions at the RTB since 2019. Since 2010, Lucia has held a number of senior roles in the statutory professional regulators in Ireland namely the Pharmaceutical Society of Ireland – The Pharmacy Regulator and the Nursing and Midwifery Board of Ireland. 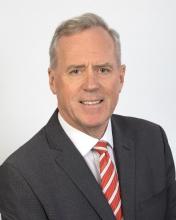 Oliver O’Shea has more than 35 years banking and financial services experience in Ireland, the UK, the US and Continental Europe. After five years with Andersen Consulting (now Accenture) in Dublin and Chicago, he then held a number of financial management positions in the UK. He was FD of Abbey National Life Assurance Division and CFO of Abbey National plc (now Santander), a major U.K. bank. On his return to Ireland he joined Goodbody Stockbrokers, within the investment banking arm of Allied Irish Banks, where he covered the Financial Services sector as part of the Institutional Stockbroking team. He also worked with BearingPoint (KPMG Consulting) as Head of the Financial Services Practice. In late 2006, he led a multinational team which established a new and innovative consumer electronic banking venture in France – Voxpay365 – in partnership with a Luxembourg bank. From 2010 to 2012, in a collaboration with Savills Plc, he developed a workout structure intended for application to the distressed residential property loans held by Nama and the banks. Oliver attended UCD, graduating with a 1st Honours degree in Economics and a Master’s in Applied Economics, and is also a qualified Accountant.

2pm: Conference Round Up with Pat Davitt

Agenda and speakers subject to change