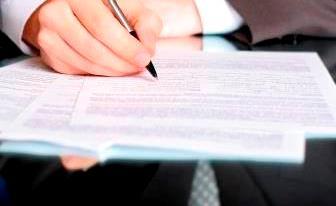 A call for the introduction of a Sales Contract to remove the distasteful practice of gazumping was made today by the Institute of Professional Auctioneers & Valuers (IPAV), which represent almost 1,000 auctioneers nationwide.

Gazumping, where the seller of a property, having agreed a sale price from a willing purchaser, later accepts a higher offer from another bidder, has become a feature of the current market, according to IPAV Chief Executive, Pat Davitt.

“With demand outstripping supply this practice has, unfortunately, become a feature of the housing market once more,” he said. “And it will become even more prevalent as property prices continue to rise, unless measures are taken to outlaw it.”

Mr Davitt explained that estate agents are obliged by law to pass on all offers to the vendor, to whom they are contractually committed. This often sees a willing buyer gazumped at the last minute.

“A Sales Contract completed at the time of sale and signed by the purchaser and vendor and made subject to formal contract would address this distasteful practice.”

The property that is the subject of the contract should also be taken off the market once the Sales Contract is signed, he said.

Mr Davitt said the practice is used successfully in other countries, South Africa being one.

“If the practice was introduced in Ireland it would save potential buyers time, effort and money, along with much frustration.”

Note to editors: IPAV is the only representative body in Ireland which solely caters for the professional and educational requirements of auctioneers and valuers practising throughout Ireland. Established in 1971, it has close to 1,000 members nationwide.