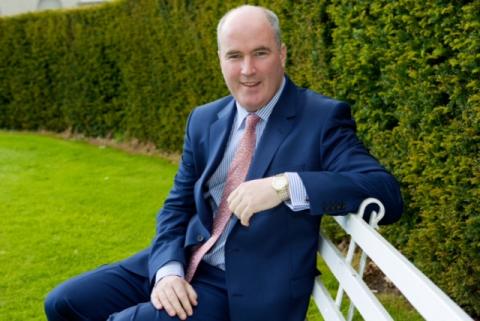 A proposal to revitalise the country’s rural towns and villages will be put forward by incoming Institute of Professional Auctioneers and Valuers (IPAV) president Eamon O’Flaherty at its annual conference at Carton House in Maynooth on Saturday, June 20th.

Up to 300 delegates are expected to attend the group’s “biggest ever” get together, which will be opened by Minister of State for Finance Simon Harris.

Mr O’Flaherty, a director of Property Partners Brady in Maynooth, will tell auctioneers they must try to influence the sustainable development of towns and villages throughout Ireland.

“I’m originally from Longford and, like many areas around the country, I look at my home place and see the old grocery shop, butchers and other small shops which have long gone. These are now non-viable commercial buildings and will never be used as shops again, and there are examples of them all over Ireland, with the possible exception of Dublin.

“I’ll be proposing a tax relief to convert these buildings back into residential units for young families so that they can bring new life to towns and villages around the country.

“You’re probably only talking about four or five properties in each area but you can buy these for anything from €50,000 and it would bring life back to the centre of a town.

“Rural Ireland has been decimated in recent years, and the heart has been ripped out of it so this could be a win-win situation for all concerned.”

Ivan Yates will be a facilitator for the debate at the conference, with Tom Parlon of the Construction Industry Federation amongst the guest speakers.