Ivan Yates has had unique life experience in politics, business and media. A former government minister and Wexford TD for more than 20 years; an entrepreneur who founded and developed Celtic Bookmakers to employ 400 people, with €200 million turnover. He bounced back from bankruptcy in Wales in 2012 to become a highly successful national broadcaster presenting top-rated programmes on Newstalk and TV3, as well as a leading columnist with the Irish Independent newspaper. In 2014 he published his best-selling autobiography, ‘Full On’ with acclaimed reviews. His original forthright style of entertaining punditry and analysis on the full range of current affairs and sport has made him a much sought after motivational public speaker at corporate and formal events. He also acts as a versatile conference facilitator/moderator, MC with a flair for asking the questions that need answering.

Ella Dunphy established her auctioneer's practice in 2002, which was the first female-owned Estate Agency in Kilkenny’s property sector. She was joined by her son Ciarán in the business in 2009. Having gained a reputation for excellence, uncompromising standards and in-depth local knowledge, the nationwide franchise Douglas Newman Good invited Ella Dunphy to join their team in 2004, and to date she operates as Director of DNG Ella Dunphy.  Ella has extensive experience in block management, residential, agricultural land & commercial sales. Ella is a qualified TEGoVA Recognised European Valuer and a Board Member of the TEGoVA European Business Valuation Standards Board (EBVSB).  She is an expert Valuer excelling in commercial valuations. Ella was elected to IPAV’s Council in 2013 and served as President in 2018. Ella continues to take an active role on IPAV’s expert committee in advising, monitoring and recommending council policies. She is also an active- member of the Board of the Property Services Regularity Authority since 2019.

Minister for Public Expenditure and Reform

Michael McGrath is currently a TD for Cork South Central and is the Minister for Public Expenditure and Reform. Michael grew up in the harbour town of Passage West in County Cork. Before entering national politics, Michael served in local government as a member of Passage West Town Council and Cork County Council (Carrigaline electoral area). He was elected to Dáil Éireann at the first attempt in 2007 and has been re-elected in every election since (2011, 2016 and 2020). In his time in the Dáil, Michael has served on a number of Oireachtas committees including the Finance Committee, the Oireachtas Banking Inquiry, the European Affairs Committee and the Public Accounts Committee. As Minister for Public Expenditure and Reform, Michael is responsible for delivering well-managed and well-targeted public spending, through modernised, effective and accountable public services. The department oversees the implementation of the National Development Plan, drives the programme of public service reform, and has a key role in decisions made across government.

Gerry Coffey joined IPAV in 2005, was elected to IPAV’s Council in 2015 and elected as IPAV Junior Vice President in 2020.   Gerry’s family run business has an office in Williamstown Galway, and covers North Galway, West Roscommon and East Mayo, with Gerry’s wife Anne also an IPAV member, playing an important part in the running of the business. As one of the best recognised valuers in the region, Gerry continued to improve his business and was awarded the Recognised European Valuer (REV) status in 2014. Gerry regularly contributes to both local and national radio programmes to discuss the property market in the west of Ireland with particular emphasis on farmland sales leasing and renting.  Outside of the office Gerry is well known for his involvement in local politics, GAA and other community organisations.  Over the years Gerry has conducted many charity auctions to raise funds for charity.

Topic: Current CRR and new requirements under the European Parliament

Chairman of the Board of Directors TEGOVA

Krzysztof is a recognised European Valuer, with many years of experience as a property consultant in the UK and mainland Europe. In the UK he had been a partner of Kinney & Green, chartered surveyors in the City of London before setting up the real estate services arm of Price Waterhouse in Poland in 1991.  At that time, he also undertook consultancy work in the Czech Republic, Hungary, and Russia. In 1997 he joined Healey & Baker (Cushman & Wakefield) as a partner and in 2000 he became managing partner of King Sturge Poland. In 2004, he set up Polish Properties Sp. z o.o. specialising in the valuation of commercial property across Poland. Krzysztof is the Chairman of TEGOVA. He is also a past Chairman RICS Europe and the International Representative of the Polish Federation of Valuers’ Associations.

Topic: The European Green Deal is delivering – The transformation of real estate and valuation has begun

A Canadian citizen, Michael MacBrien is trained in Belgian and European law. At the European Banking Federation in the 80s, he worked on the Directives that formed the basis for the EU Internal Market for Financial Services. In 1994, he co-founded the European affairs firm MACBRIEN CUPER ISNARD which has provided the secretariat of TEGOVA since 2004 and has been Editor of European Valuer since 2020. He is Director General of the European Property Federation (Irish member Property Industry Ireland) and leads a coalition of the European real estate industry currently intervening in the public debate over the building-relevant legislative proposals in the European Green Deal.

Danijela is qualified valuer with over 35 years of experience in property industry, out of which over of 19 years of experience in property valuation in Serbia and other countries. She holds Recognized European Valuer (REV) and Recognized European Business Valuer (REV-BV) professional mark. She is a Fellow member of RICS (FRICS).  In 2017, NAVS obtained status of acredited association for real estate valuers at Ministry of Finance of Republic of Serbia and also status of organizer of Professional Education and Continuous professional education for property valuers. Danijela was a member of the Managing Board of The European Group of Valuers’ Associations (TEGOVA) from 2014 to 2021. Currently she is the Chairman of TEGOVA European Business Valuation Standards Board (EBVSB) and the member of the iiBV – International institute of Business Valuers management Board. 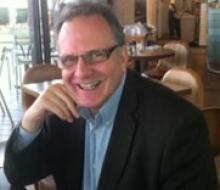 Nick is a recognised expert in the area of property valuation and appraisal. Previously, he has worked at as a professor at various Universities in the UK, Europe and the USA teaching extensively in the areas of valuation, investment and corporate real estate on BSc, MSc, and MBA programmes. Currently, he is working closely with The European Group of Valuation Associations (TEGoVA) on a number of research matters, and he recently authored the TEGoVA report “Pricing to Market – Report on Comparable Evidence in Property Valuation”. He is also a member of the Royal Institution of Chartered Surveyors (RICS) and has regularly served on the various committees such as the UK Valuation Board and the Corporate Real Estate Strategy Group. He was also a member of the Professional Board of the International Valuation Standards Council (IVSC).

Topic: Calculating life interest in a property and right of residency 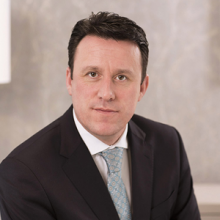 Cathal Lawlor is a Chartered Tax Adviser and Trust and Estate practitioner specialising in private client taxation, including Capital Gains Tax and Capital Acquisitions Tax, tax efficient transfer of assets, Income tax planning, residence and domicile matters, termination payments, family partnerships and VAT on property. He is an alumni of both Deloitte and Mazars where he managed the firm’s private client department before joining the family practice. He qualified from the Institute of tax in 1999 and has over 25 years’ experience advising on Private client tax affairs for high net worth individuals Supported by a qualification in trust and estate planning awarded by the Law Society, he has developed a niche area in delivering solid tax support to Solicitor firms on a consultancy basis enabling them to manage their probate cases tax efficiently and give their clients the very best knowledge and expertise on matters related to tax. He has presented to various business forums, wealth management practices and Chambers of Commerce and has contributed to several national publications on Tax matters. 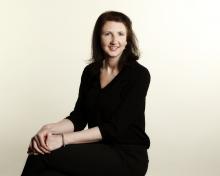 Maureen Bayley is a director in the healthcare department of CBRE. She manages all healthcare valuation work which is mainly focused on property such as Nursing Homes, Primary Care Centres, Medical Centres and Private Hospitals. She also carries out selective commercial and residential property valuations in sub sectors of healthcare such as pharmacies and Intellectual disability residential care. Her clients include retail banks and other funders, operators, investment funds and developers.

Gareth Williams is a Director at CBRE and Head of Operational Real Estate Valuations for Ireland.  He carries out valuations on operational real estate within numerous sectors of the market including hotels, licensed and leisure properties.  He provides valuations and advice to financial institutions, single owner operators, large property and operating groups. Gareth has in-depth experience in the valuation of commercial property in various sectors having initially joined CBRE Dublin’s commercial valuation team in 2006 and formerly lectured in valuation on the Higher Certificate in Business in Real Estate in IT Tallaght (now TUD). He is a member of the Royal Institution of Chartered Surveyors, Society of Chartered Surveyors Ireland and is an RICS Registered Valuer. 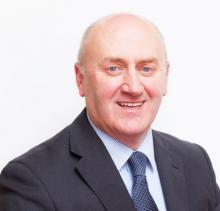 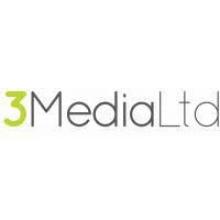