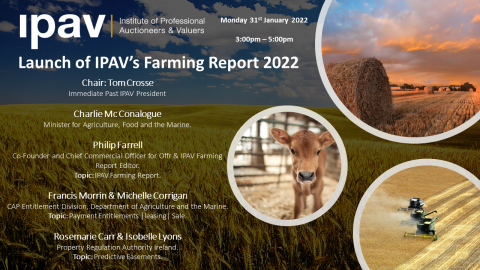 Tom Crosse is a former president of IPAV and group director at GVM in Co Limerick.  Tom is also Convenor of IPAV’s Agri Committee, is a regular contributor to IPAV’s annual Farming Report and serves on IPAV’s Members’ Assist & Mentoring Committee. Tom is a qualified Recognised European Valuer and has extensive experience across the property spectrum, notably in the Agri sector in sales, lettings, and valuations.

Charlie McConalogue – Minister for Agriculture, Food and the Marine

Minister McConalogue was appointed as Minister for Agriculture, Food and Marine on 2 September 2020. He was born in October 1977 and is from Gleneely in Co Donegal. From a farming background, he was educated at Carndonagh Community School before going on to study at UCD where he studied Economics, Politics & History. He first became involved in politics while attending UCD.

After working in Fianna Fáil Headquarters for a number of years, as well as working abroad in Australia, Minister McConalogue returned home to work on the family farm before being elected as a Donegal County Councillor in 2009. In 2011, Charlie was elected TD for Donegal Northeast. Minister McConalogue was appointed previously as Minister of State at the Department of Justice and Equality with responsibility for Law Reform and prior to that, he held the positions of Fianna Fáil spokesperson for Children, Education and Skills, and Agriculture, Food and the Marine.

Philip Farrell has been in the property industry in Ireland for over 30 years. Initially he ran REA Brophy Farrell in Co. Kildare for many years. He then was CEO of REA. A former property columnist with the Sunday Independent and market commentator, this is the 5th Farming Report that Philip has compiled for IPAV. He is also Co-Founder and Chief Commercial Officer for Offr, the online property transaction technology.

Francis Morrin leads on the administration of the payment entitlements system within the Department of Agriculture, Food and the Marine, covering areas such as the transfers of entitlements, national reserve, young farmer’s scheme and the inheritance enquiry unit which assists bereaved families of farmers. He is also involved in the preparation of the CAP programme, especially related to direct payments issues. Francis has worked in the Department for many years, initially in a series of specialist technical roles and latterly in the direct payments area. He lives in Kildare and hails from a family farming background.

Michelle Corrigan is responsible for the business management of the Entitlements Management IT system within the Department of Agriculture, Food and the Marine, covering areas such as the transfers of entitlements, national reserve, young farmer’s scheme and the inheritance enquiry unit and Entitlement Transfer Facilitators. She is also involved in development of the IT System for the CAP period 2023-2027. Michelle has worked in the Department for seven years, working in the areas of laboratory services and food safety and latterly in the direct payments area. Prior to this she worked in scientific and medical research.

Based in the PRAs Dublin Office, Rosemarie is an Examiner of Titles and a qualified barrister.  Rosemarie has extensive knowledge and experience in processing first registration casework and prescriptive easements.

Isobelle is a Barrister at Law and works in the Legal Services Division of the Property Registration Authority as an Assistant Principal Officer. Isobelle has 14 years’ experience in the PRAI in the area of first registration and Easements by Prescription. 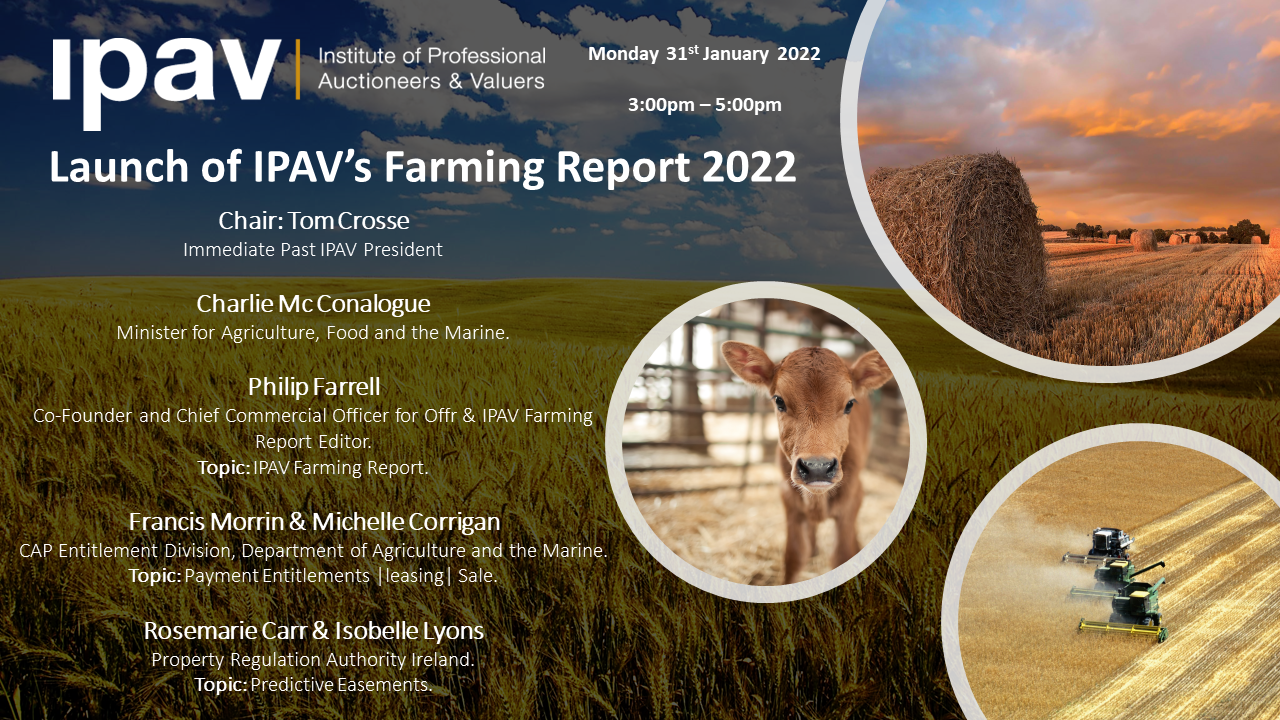